Big Bertha has been a synonym for massive amounts of power since the name was used for one of the largest rail guns ever made. The Big Bertha gun could launch a 1.5m long shell nearly 6 miles with devastating accuracy. Callaway’s latest addition to their Big Bertha family is the B21 and while it might not be capable of levelling a small town it certainly packs plenty of puch. All the Callaway bells and whistles you expect from a brand new driver, fairway wood, hybrid and iron are here and brought to bear with incredible precision.

The new Callaway Big Bertha set includes a driver, fairway woods, hybrid clubs and irons. Altogether these clubs are a formidable arsenal to carry around. 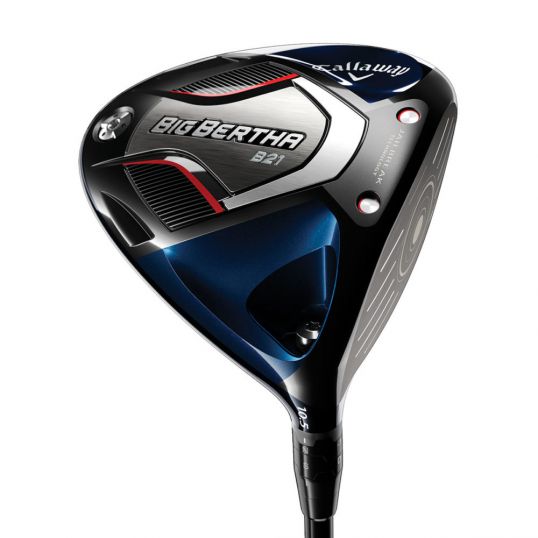 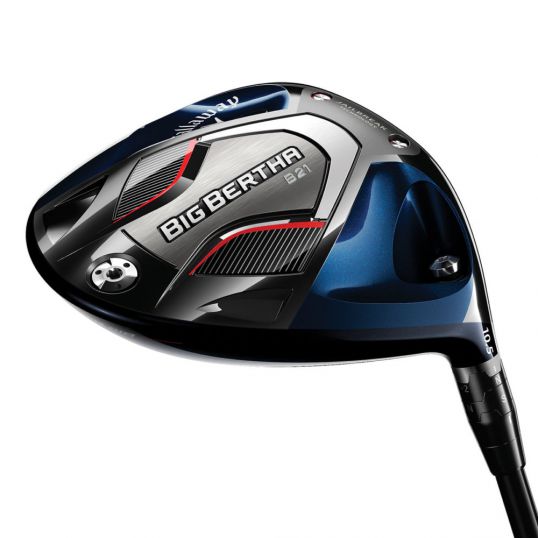 Maximum distance is the goal off the tee with every swing. There are some that may argue distance is meaningless without control and accuracy and they’re not wrong. Being able to launch the ball like an artillery shell becomes a circus sideshow if you can’t land somewhere near the fairway. We all know the frustration of a clean connection with the ball that ends up in the rough. The Big Bertha B21 Driver from Callaway is the balance of all-out power and fine control that can make the game winning difference or simply remove a great deal of practice stress.

One of the key ways the new Callaway Big Bertha B21 Driver stands apart is the in-built draw bias. Add the fade correction to higher launch with lower spin and it becomes clear why early reviews and evaluations of this beast of a club are so positive. Despite being brand new there are some returning technological favourites that add to the performance of the Big Bertha. An A.I designed Flash Face SS21, Jailbreak Bars and Super Strength Titanium are all crammed into this out-and-out performance package. 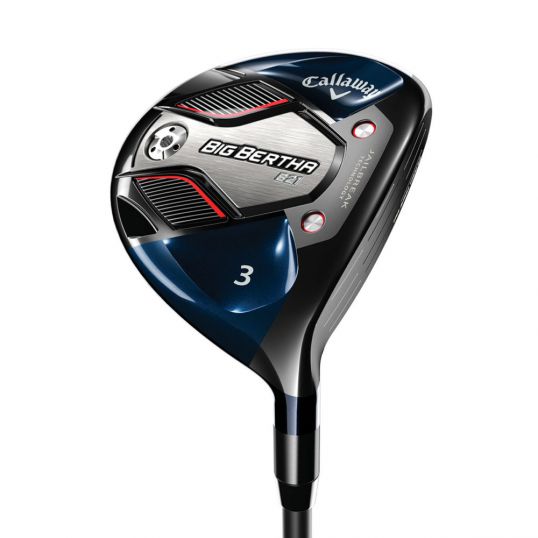 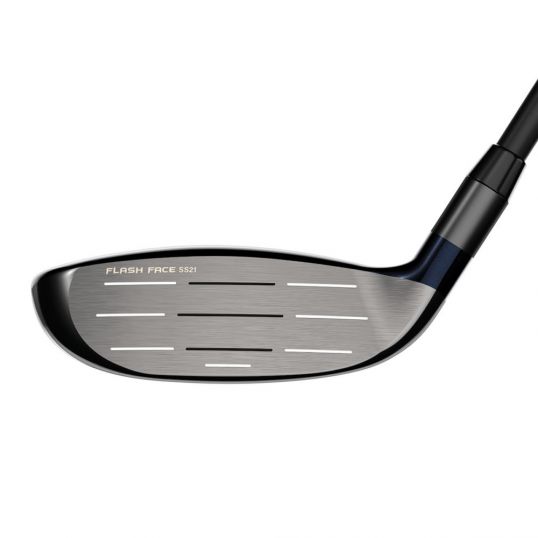 Confidently striking the ball from the ground isn’t something that comes naturally to every golfer. Plenty of us can absolutely leather the ball of the tee but the smallest amount of cautiousness, even in an easy lie, can lead to all sorts of disasters. Topping it, digging a crater or shanking the ball are all easy to achieve if you tense up even a little. The new Callaway Big Bertha B21 Fairways are designed specifically to encourage the relaxed confidence that can push your game forward.

The new Big Bertha B21 fairway wood is all about getting the slice out of your game and giving you the tools to really contact the ball off the deck. A shallower face combined with progressive shaft lengths and a more forgiving head design all combine to make these fairway woods incredible fun to use. These new B21 Fairways flaunt the line between fairway and hybrid like never before but, unlike a hybrid, these woods will give you extreme distance. Reduce frustration and increase confidence with a new set of Callaway B21 fairways. 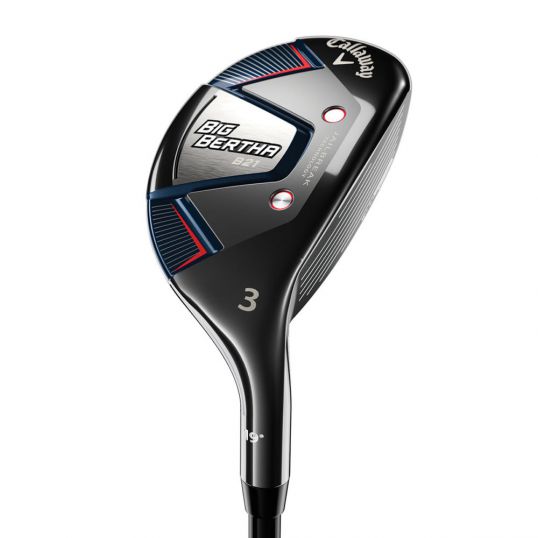 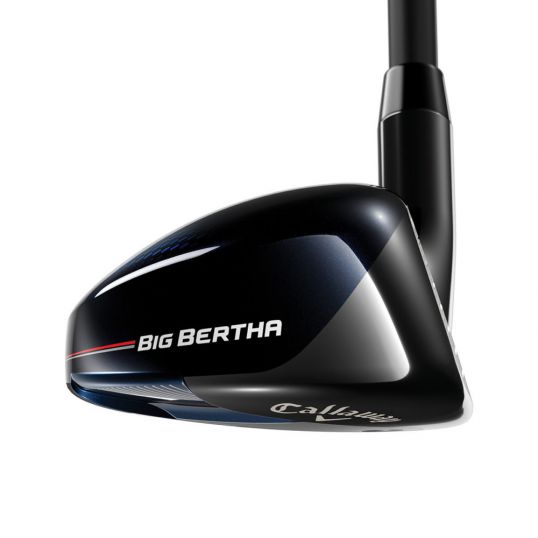 The Callaway Big Bertha B21 Hybrid

Perfectly bridging the gap between the B21 Fairways and the rest of the set are the new Big Bertha B21 hybrids. These hybrid clubs are what you need if you want to get closer to the pin as quickly as possible. Designed with a larger head volume the B21 Hybrid makes it easier to launch the ball even from a tricky lie. Everything about this hybrid is geared toward amplifying the things you do well while muting the less favourable factors. The A.I designed Flash Face gives you more ball speed over a larger area of the face so even if you’re slightly off center the ball will still fly. If you look carefully you’ll also see Callaway’s incredible Jailbreak Technology that connects the crown and sole making the whole package stiffer without adding mass.

Beyond adding speed and forgiveness the Big Bertha B21 Hybrids are also geared towards getting the ball off the face straighter. This hybrid will contact the ball more squarely thanks to the increased offset and dual MIM’ed (Metal-Injected Molding) Tungsten sole weights. All in all, these new B21 hybrids give you all the technology you need to ensure that when the face meets the ball it’s in the best possible position which is why Big Bertha gives you distance any way you swing it.

The Callaway Big Bertha B21 Irons 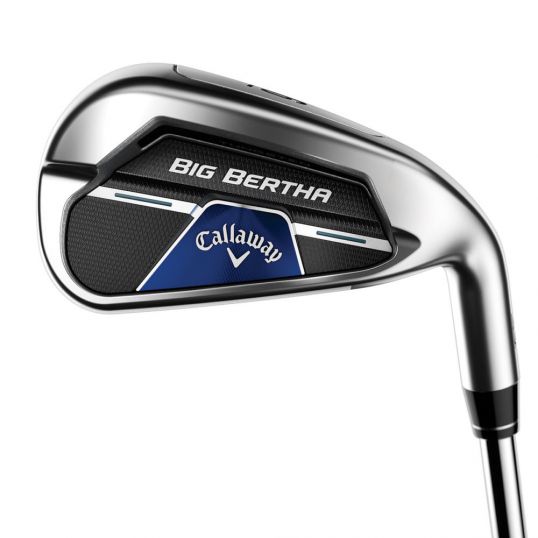 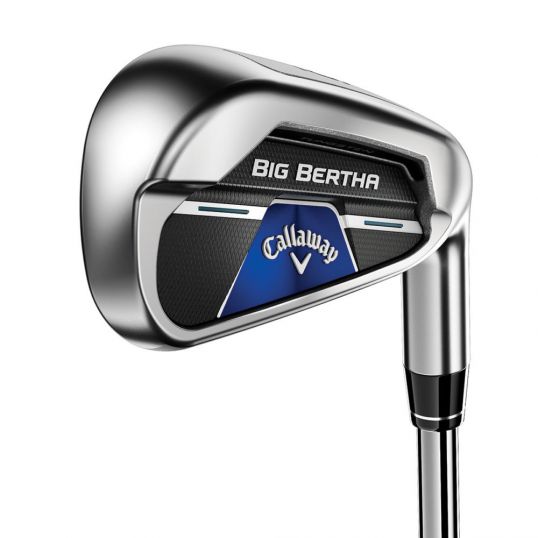 The Callaway Big Bertha B21 Irons

The watchword for the whole B21 range is distance and the irons are no different. The Big Bertha B21 Irons are the most variable irons on offer as each one is individually designed to create the ideal combination of factors. Callaway have gone above and beyond what is normal for a set of irons and each Flash Face in the set has been tuned to work perfectly at that face size, angle and length.

The A.I designed Flash Face technology in the B21 Irons is ably backed by a Visible Tungsten Energy Core (VTEC) that places the center of gravity much deeper. Callaway’s proprietary microspheres are present in the new Big Bertha Irons and they do their job perfectly. The Urethane Microspheres soak up any unwanted vibration without deadening the feel of the impact. The Big Bertha B21 iron set does things that just 5 years ago would have seemed like science fiction and all without a galactic price tag.