The Callaway Epic Flash hybrids follow the same principle as the driver, which is the basis of the whole range - Epic Flash means faster ball speed. Achieving greater velocity off the club face is down to, in large part, the properties of Callaway’s Jailbreak Technology. Now the Epic Flash hybrid benefits from the same two internal crown to sole bars that connect the two opposing edges of the body of the club. These Jailbreak bars stabilise, stiffen and improve the energy transfer from the club head back to the ball. The hybrid face is constructed of forged 455 Carpenter steel with the familiar Callaway Face Cup. Combining all of the aforementioned club technologies gives the new Epic Flash hybrid incredible speed with confidence inspiring control.

The new Epic Flash hybrid is the first one that Callaway have managed to endow with the power of their proprietary triaxial layered carbon - T2C. The Epic Flash driver was the first club to use T2C to remove weight from the crown of the club while maintaining overall stiffness. With less weight in the crown there is an opportunity to manage the remaining mass to enhance launch and trajectory. A Metal-Injection Molding (MIM) tungsten weight has been specifically created to achieve a specific mass position that gives the Epic Flash hybrid it’s distinctive feel and launch characteristics.

Controlled Launch And More Forgiveness From A T2C Triaxial Carbon Crown. A new, lighter triaxial carbon fabric called T2C has a tighter weave; the weight it saves versus a steel crown is redistributed within the head to lower the CG for a controlled launch, and to raise MOI for exceptional forgiveness on off-center hits.

Optimized Adjustability and Control. The new, lighter OptiFit 3 Hosel makes it even easier to dial in your launch and optimal ball flight for total adjustability. And the premium Mitsubishi Tensei AV Silver shaft offers a mid launch, mid spin profile. 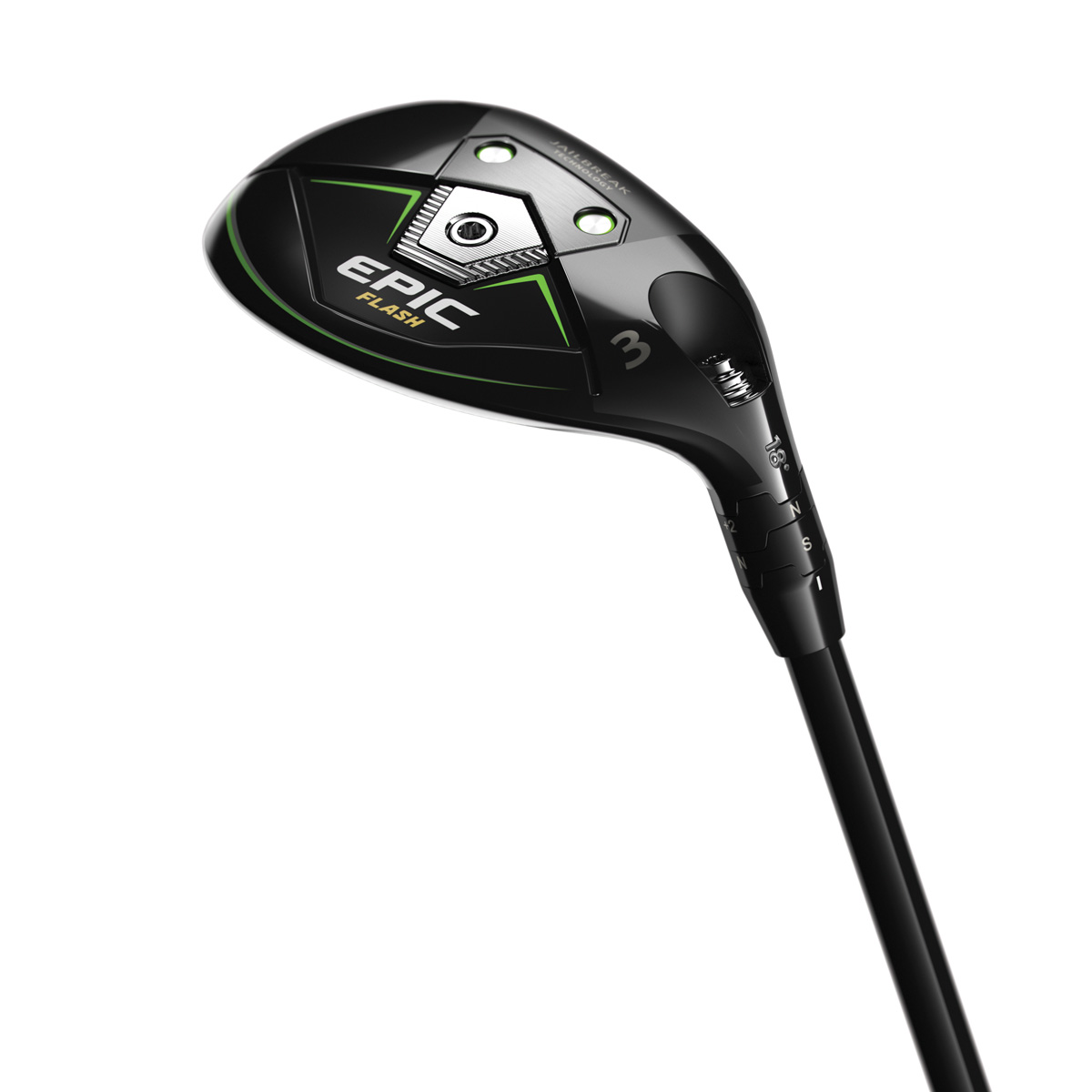