Forged irons simply give a different experience, feel and level of playability. Creating golf clubs like the new Callaway Epic Forged irons is a painstaking and meticulous process that really pushes the skill and craftsmanship of the designers and engineers. Every surface finish, every angle and every detail has to be attended to with utmost accuracy. The Epic Forged irons benefit from the use of forged 1025 carbon steel finished with a platinum chrome surface to give incredible sound and feel. Inside the new Epic Forged irons is a Suspended Tungsten Core that gives the Callaway engineers the flexibility to place the center of gravity in a specific position for each club in the set. The tungsten core weight is cocooned in the familiar Callaway TPU mold and the whole assembly is held in place with urethane microspheres.

The Epic Forged are truly modern irons and the team at Callaway understand the need for progression through the set. The mid and long irons have been optimised for spin and control using a new VFT groove pattern. In the shorter irons the Tungsten Core weight has been resistance welded higher in the body to allow for more aggressive shot making and increased trajectory control. Pair all of the cutting edge club head technology with premium components like the Aerotech Steelfiber FC and Mitsubishi Tensei AV Silver stock shafts and you have an iron set that will be the source of much envy.

Ultra-Premium Forged Design For Pure Sound & Feel. A stunningly beautiful design, from the Platinum Chrome finish to the precise shaping. Every surface and detail was carefully considered and developed through precision engineering and meticulous craftsmanship.

360 Face Cup For Industry-Leading Ball Speeds. Our renowned 360 Face Cup employs a shallow, flexible rim around the perimeter of the face that flexes and releases at impact to promote fast ball speed for long, consistent distance on center hits and off-center hits. 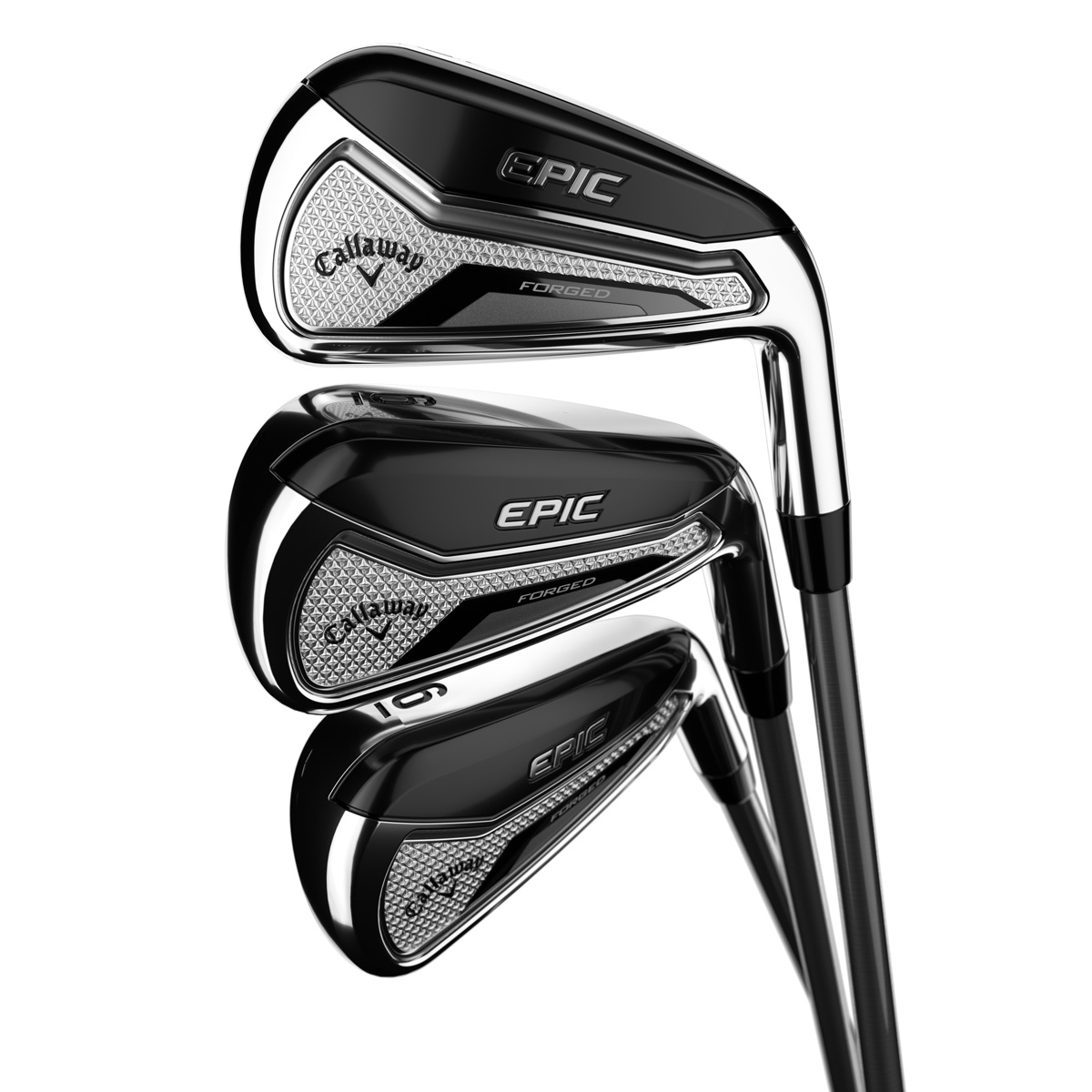