No matter where you are on the golf course and whatever terrain stands between you and the next hole it is essential that you have the right club. Your bag should have a club to cover every eventuality but having the right club is only half the battle. Knowing which one to reach for on any given shot is as important as dialling in your swing. Use our handy club buying guide below or call us on 01481 253432 for help and advice. 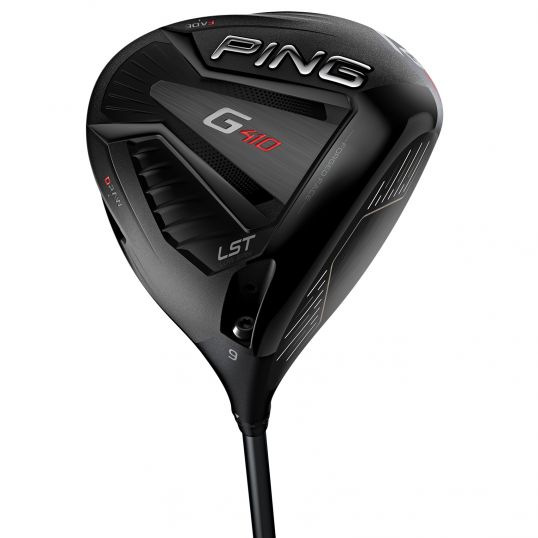 Off the tee, maximum yardage to cover and few obstacles in the way? The logical choice is the driver. The driver can achieve the greatest distance but will have the lowest loft meaning it will send the ball forth with a low, long trajectory with less spin than a short club. Having a professional coach assess your swing and play style is the best way to determine the loft that is most suited to you. Modern drivers tend to have larger clubheads than in previous generations and these days they are all fully loaded with technology to improve distance, forgiveness and accuracy. Moveable sole weights, adjustable hosels, carbon fibre and aerospace inspired alloys are common features of a good modern driver. A long drive off the tee is one of the most satisfying actions in all of golf but if you’re playing a short hole you may want to make your first shot with a Fairway Wood. 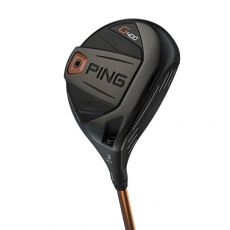 Fairway Woods - A Balance of Distance and Control

As the name suggests this the Fairway Wood is the go to club for shots off the fairway that still have a considerable distance to travel. The name does not, however, indicate the fact that modern fairway woods are made of combinations of carbon fibre and metal alloys. Simply referred to as "Woods" these clubs are most commonly numbered 3, 5 or 7 but do sometimes appear in 9 or 11 numbered versions that are known as High-Lofted Woods. Many manufacturers are offering increasing degrees of adjustability in their woods in a similar way to drivers. Composite materials, alloys and carbon fibre or multi-material construction is also becoming very common. There are gaps in the range of shots you can make with a wood and, for that very reason, golf club designers and manufacturers have sought to close those gaps by introducing the Hybrid Club that often sits in between the 3 and 5 giving you an additional option. 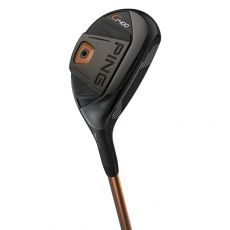 Hybrid Clubs - A.K.A The Rescue Club

The new kid on the block and one that has generated its fair share of controversy the Hybrid club looks like it’s here to stay despite some grumbles from the old guard. Sometimes known as a rescue club the idea is that it will replace a long iron but there is no reason why it shouldn’t be used as a supplementary club. Many golfers struggle to get much elevation with the longer irons (typically 1 and 2) and benefit from a hybrid club that can bridge the gap between those long irons and the shorter Fairway Woods. The additional loft makes it easier to get airborne while the clubhead design being closer to a wood adds some distance but also inspires confidence at address and makes it a little easier to contact the ball well. The transitional nature of the design of hybrid club leads them nicely from the Fairways down to the shorter irons. 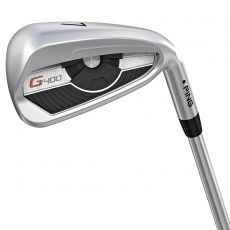 Irons - For When the Game Gets Shorter

The outward appearance of irons has changed the least as technological advances in design and manufacture have been made making them one of the most easily recognisable clubs in a golfer’s bag. Irons have more loft than the fairway woods and are numbered 1 to 9. The higher the iron’s number the greater the degree of loft. This means the 9 iron will launch the ball high but short making it stop almost immediately after landing depending on the amount and direction of spin. Most amateur golfers will carry irons 3 to 9 as the longer irons tend to be too difficult to play and can be replaced with a hybrid. Typically you would start to reach for your irons when the pin is less than 200 yards away and will be used for shots down to around 100 yards depending on the conditions, course and lie and give way to the wedges as the distance reduces. 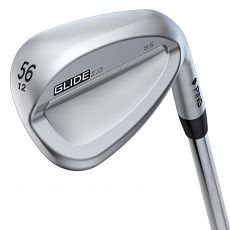 Wedges - Getting You On To the Green

When you’re just off the green, landed in a sand trap or get stuck behind a tree you’ll need a wedge but which one should you choose? Wedges fall into four categories from lowest loft to highest they are; Pitching Wedge, Gap Wedge, Sand Wedge and Lob Wedge. The pitching wedge is a club that most golfers will have in their bag and is often the most versatile option. Sand wedges, as the name suggests, are designed to get you out of that most dreaded of places. The newest members of the wedge family are the gap and lob wedges. The gap wedge is so named because it sits in the loft gap between the pitching and sand wedges while the lob wedge has an extremely steep loft making it ideal for getting over trees and close obstacles. Hopefully the wedge has plopped you down in a favourable position on the green ready to putt. 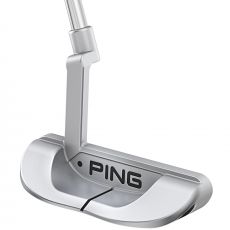 Putters - This is How You Roll

The final club on the list; and arguably the most important, is the putter. This is the club that is only used when you’re within a short (relatively speaking) distance of the hole but that does not mean it is an easy club to wield, often the opposite is true! A putter can be used off the green if you have ultimate confidence, skill or a degree of foolhardiness. You may be forgiven for thinking a club with such a narrow remit would be the most simple in design but over the years many solutions to the problem of putting have been found. Blade, Mallet and Peripheral Weighted are the three major head shapes and each has a specific use but beyond that there are a vast number of potential setups. To best determine which putter you should speak to one of our pros at JamGolf today for more advice and information.

A Word About Shafts

So far we have focused on the type of club and how the design and construction of the clubhead varies depending on the shot type and distance but a key component of every single golf club is the shaft. So, what is the difference between steel golf club shafts and graphite? Most drivers and fairway woods have graphite shafts, they are lighter strong and give great distance - just what is required from those clubs. But what about your irons? Steel or Graphite shafts? Steel shafts are less expensive to manufacturer and are therefore cheaper. Graphite shafts were originally designed to make a lightweight alternative to steel shafts.

Since the graphite shafts are generally lighter than steel shafts, there is a potential for greater distance as they may allow for faster swing speeds. Most graphite shafted clubs are longer than standard steel-shafted clubs. Golfers that tend to be less consistent may find that the steel shafts give them greater control thanks to the additional weight soaking up small movements. But for those golfers that generally have a slower swing who need additional shot length to enjoy the game better, graphite shafts are a welcome alternative. Having said that there are several Tour Pros who prefer graphite shafts.

The choice between steel or graphite shafts should be based on your desire for greater distance. Distance will come at a greater cost, not only economically, but for those who struggle to hit the ball dead straight additional distance will compound the problem.

Flex is the amount of bend or deflection in a shaft and is typically designated as Ladies, Senior, Regular, Stiff and Extra Stiff (going from most flexible to least). Swing tempo and swing speed (clubhead speed at impact) are the two principal factors in determining your proper flex. If they're fast, you'll generally need a stiffer flex. When trying to figure out their flex, most people overestimate their swing speed and tempo. If you are not sure what you swing like then go for Regular or come and get fitted at our shop with an experienced PGA pro.